For the second time in a row, the Fribourg International Film Festival (FIFF) has awarded its most prestigious prize, the Grand Prix, to a film from Africa. La Nuit des Rois by director Philippe Lacôte is an Ivorian political fable of Shakespearean beauty (Côte d’Ivoire, France, Canada, Senegal). The Special Jury Award goes to the subversive dark comedy Bad Christmas by Gastón Portal (Argentina, Uruguay), and the riotous western-style road movie Monsters Never Know by Yang Ming (China) wins the Best International Short Film Award. According to the latest estimates by the FIFF organising team, close to 33,000 tickets have been sold for the 35th edition. On Sunday 25th July, the Swiss public will have an opportunity to watch or rewatch the winning films at the Rex cinema in Fribourg and will be able to stream 15 films from the FIFF 2021 programme.

At the Closing Ceremony, the members of the Jury singled out the exceptional quality and uniqueness of the films in competition for high praise. This diversity is also reflected in the winning productions. The choices of the Juries were as eclectic as the films on show in Fribourg this year and included an African fable (La Nuit des Rois by Philippe Lacôte), a subversive dark comedy (Bad Christmas by Gastón Portal) and a poignant adoption drama (True Mothers by Naomi Kawase). Quo vadis, Aida?, Jasmila Žbanic's tribute to victims and survivors of the Srebrenica massacre, picked up two awards much coveted by many filmmakers: the COMUNDO Youth Jury Award and the Audience Award. The award ceremony was followed by a surprise screening – and Swiss premiere – of Aline, a film loosely based on the life of Céline Dion. Presented earlier this month at Cannes by director Valérie Lemercier, the film will go on nationwide release in Switzerland towards the end of the year. It was a fitting end to the music-filled 35th edition..

A second chance to enjoy the FIFF 2021 programme
The Swiss public will have a further opportunity to watch or rewatch some of the films on the FIFF 2021 programme. Six productions (La Nuit des Rois, Quo vadis, Aida?, True Mothers, Gaza mon amour, New Order and Love of Fate) are set for nationwide release in the coming months, while the Rex cinema will show this year's winning films on Sunday 25th July. The Swiss public will also be able to stream 13 feature films from FIFF 2021, including Bad Christmas and several gems from the Midnight Screenings section, as well as a short film programme. All of these films will be available to watch on the Festival Scope platform from 26th July to 15th August, at CHF 10 per view.

Close to 33,000 tickets sold
According to reasonable estimates, FIFF will have sold a little under 33,000 tickets for its 35th edition. Philippe Clivaz, FIFF's Operational Director, is delighted, "This is a fantastic result particularly given that the Festival was held not only during a pandemic but also at the height of summer, during peak holiday season and a period of very warm weather. The FIFF team would have been happy if attendance figures reached 50% of 2019 levels. But the final numbers will actually be much higher!" As well as ticket sales for the 35th edition, which got under way in March 2021 with the Planète Cinéma programme – screened in local schools and attended by 14,500 students and teachers – final FIFF 2021 attendance figures will include post-Festival screenings on the Festival Scope streaming platform and screenings at the Charmey open-air cinema and Numerik Games Festival in Yverdonles-
Bains in August.

Although the Festival did not have a Covid certificate requirement, it still had a prevention and control programme in place to keep the public and the FIFF team as safe as possible. These protective measures did not curb the enthusiasm of the FIFF audience, who will no doubt declare repeatedly and proudly that "I was there". I was there for the unforgettable Opening Ceremony on 16th July when cinema and live music coalesced in an original and stunning audiovisual performance. I was there for the roundtable when Rwandan authorities and filmmakers discussed their country's burgeoning film industry. I was there for the filmmaking lesson by legendary Mexican director Guillermo del Toro. I was there when La Gale spoke about her fight for the peoples of
Palestine and Lebanon abandoned to their fate. I was there at the Masterclass when Étienne Daho declared his undying love for cinema.

Thierry Jobin, FIFF's Artistic Director, is thrilled, "These memorable moments would not have been possible without our extraordinary team. For some of them, this was the first time they experienced the Festival in full. Everyone met the challenges wrought by COVID-19 head on. This included setting up video conference calls so that the FIFF audience could meet, hear from and talk to filmmakers from around the world. Given the hurdles we have managed to overcome, we are now well-equipped to organise any festival. This will come in very handy given that our next edition is only eight months
away!"

For Mathieu Fleury, President of the FIFF Association, "The resumption of cultural life after a lengthy hiatus showed us that festivals play, and will certainly continue to play, a central role in satisfying the public's desire for collective experiences. We really feel that from the Opening Ceremony to the Closing, the public has gradually reclaimed the Festival. And we will be here again for the 36th edition, planned for 18th – 27th March 2022.".

La Nuit des Rois by Philippe Lacôte
Swiss Premiere | Côte d’Ivoire, France, Canada, Senegal, 2020 | 93’ | Fiction
“The Grand Prix goes to a film which moved us by the originality of its storytelling. We loved the vision of the director who brought African myths into the reality of modern-day prison in Ivory Coast.” 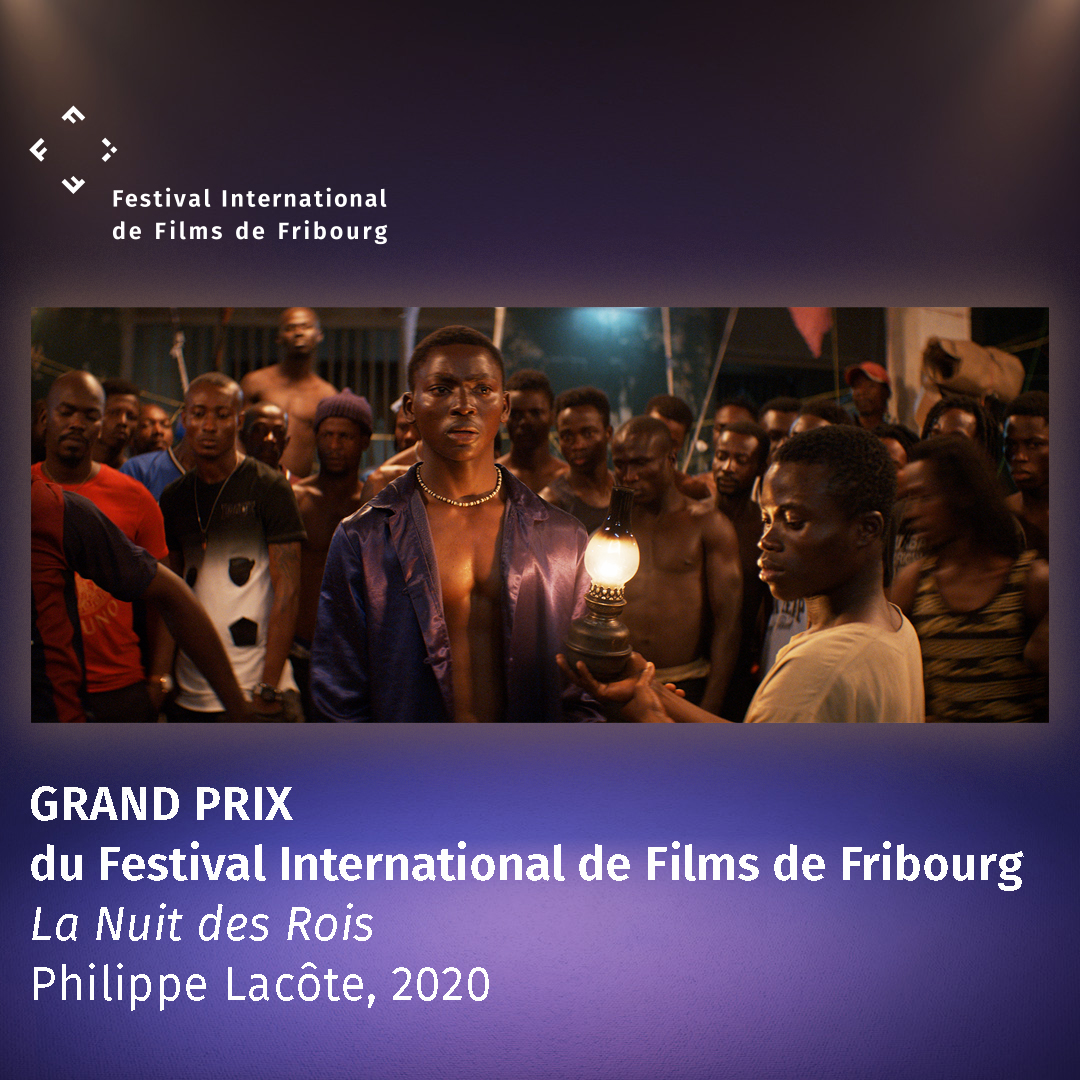 The same jury awards the Special Jury Award, consisting of CHF 10,000 supported by FIFF, to: 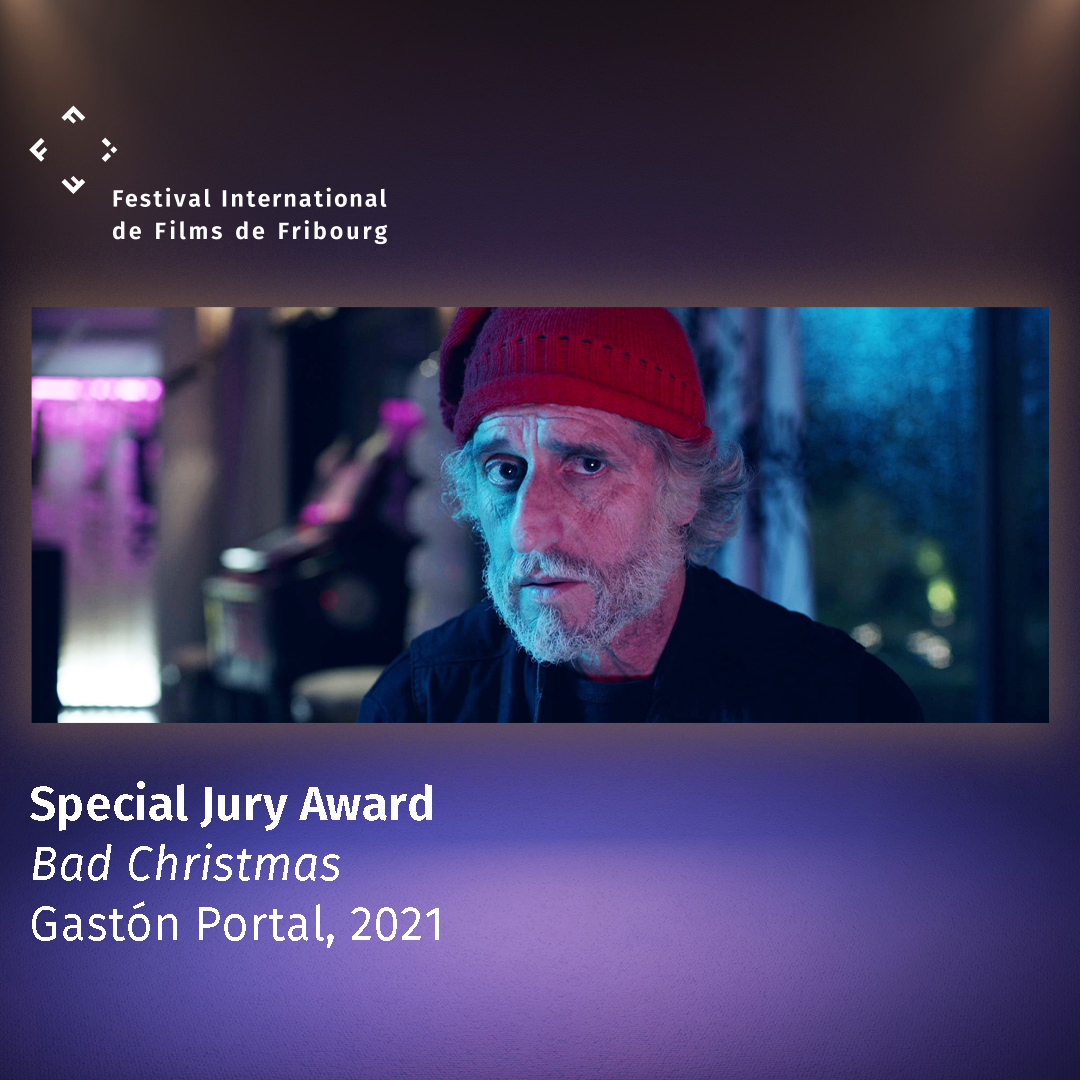 The Audience Award, consisting of CHF 5000 and supported by the Banque Cantonale de Fribourg, goes to: 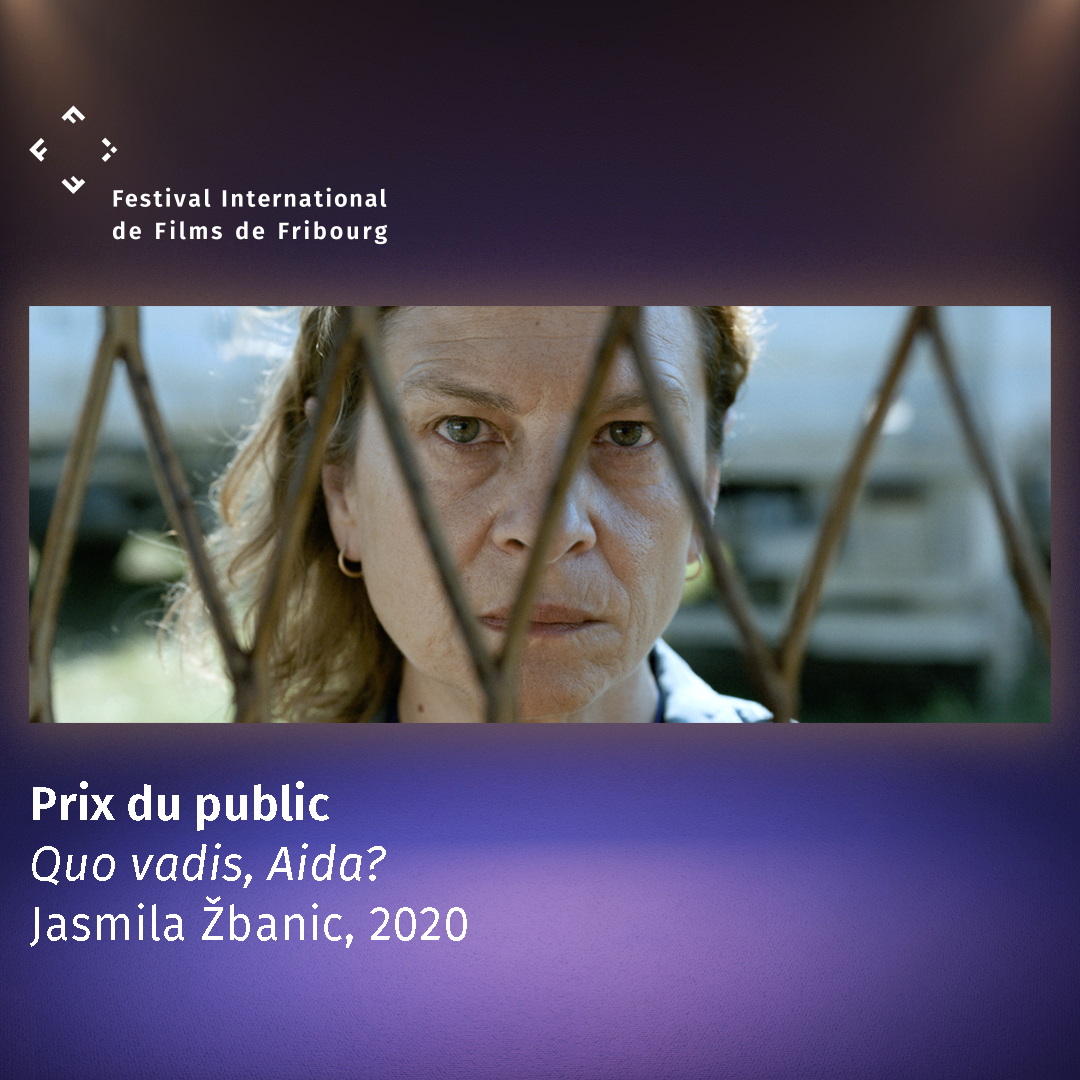 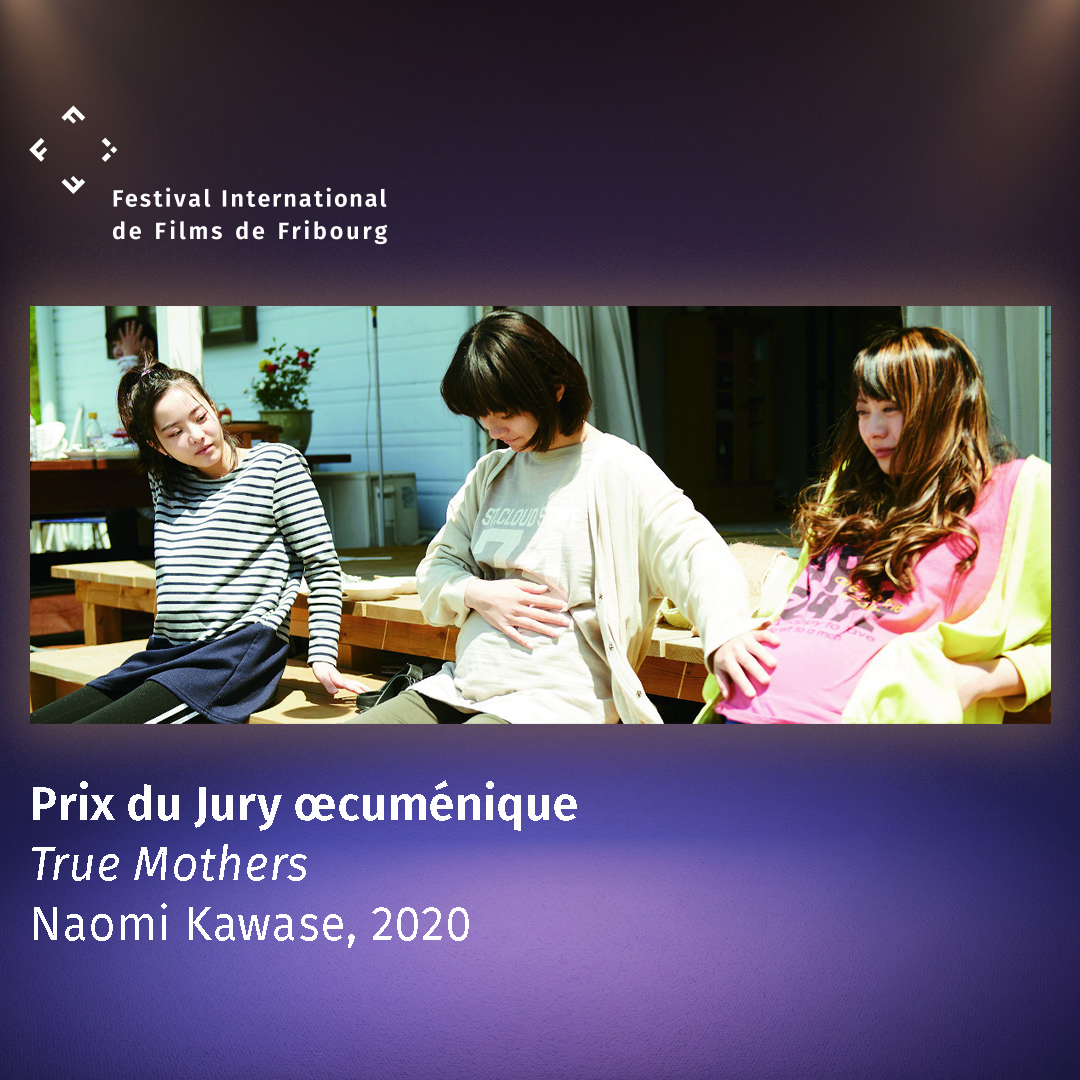 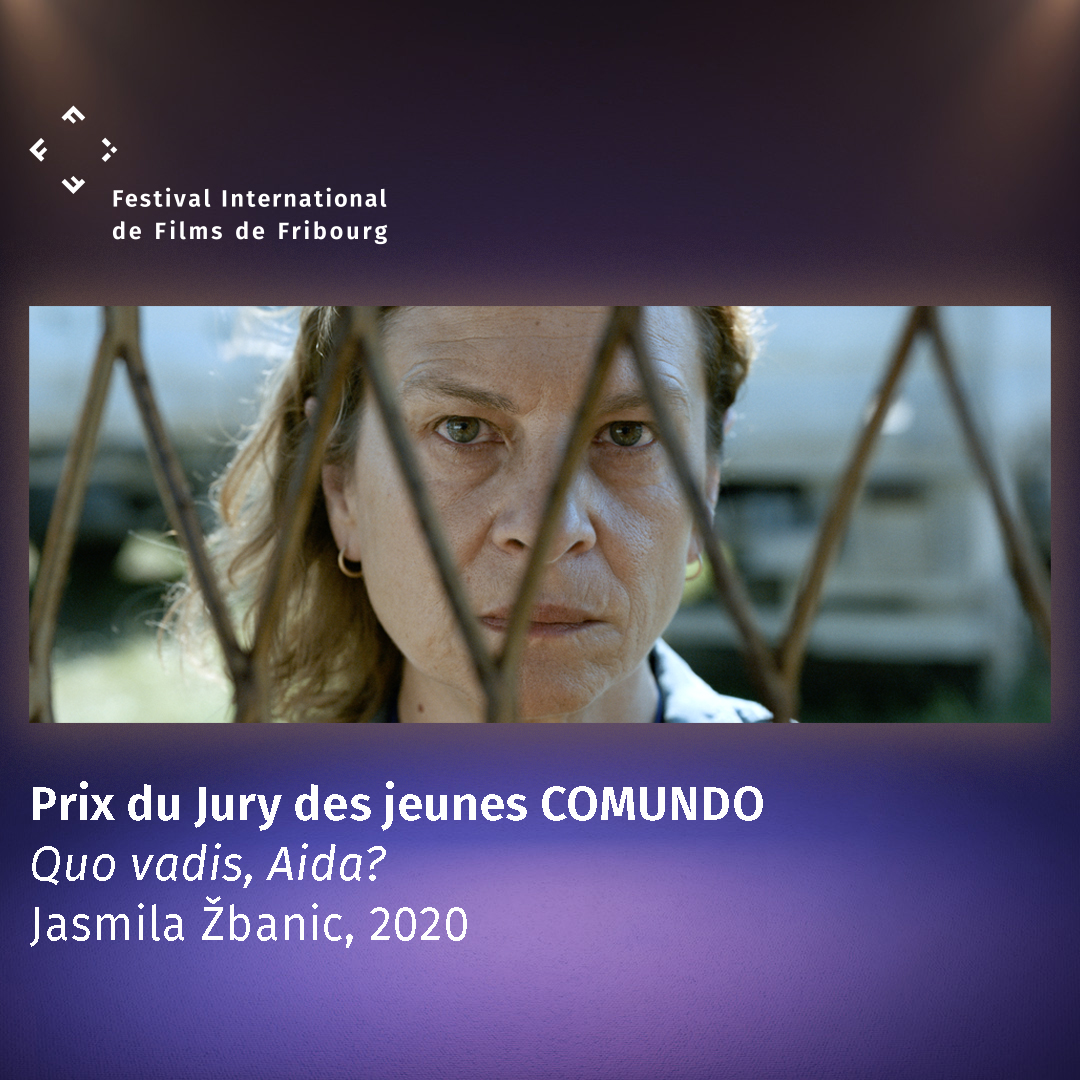 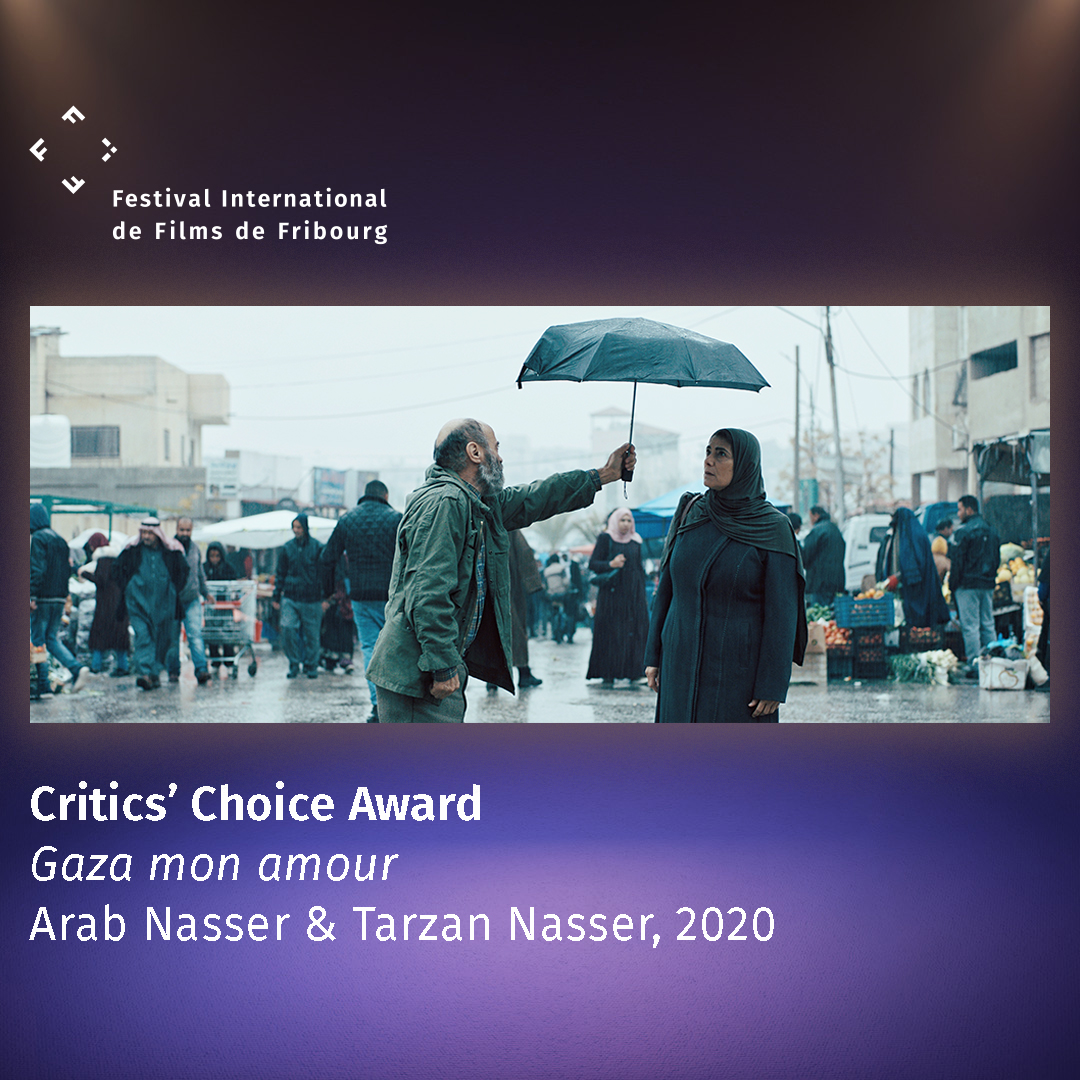 Monsters Never Know by Yang Ming
Swiss Premiere | China, 2020 | 16’ | Fiction
"Monsters Never Know tells the story of a father and his tortuous attempts to save the soul of his son who has gone off the rails. This touching, punchy and genre-defying two-hander serves as a subtle and surprising metaphor of redemption. Monsters Never Know is a rite-of-passage road movie full of powerful and universally resonant images." 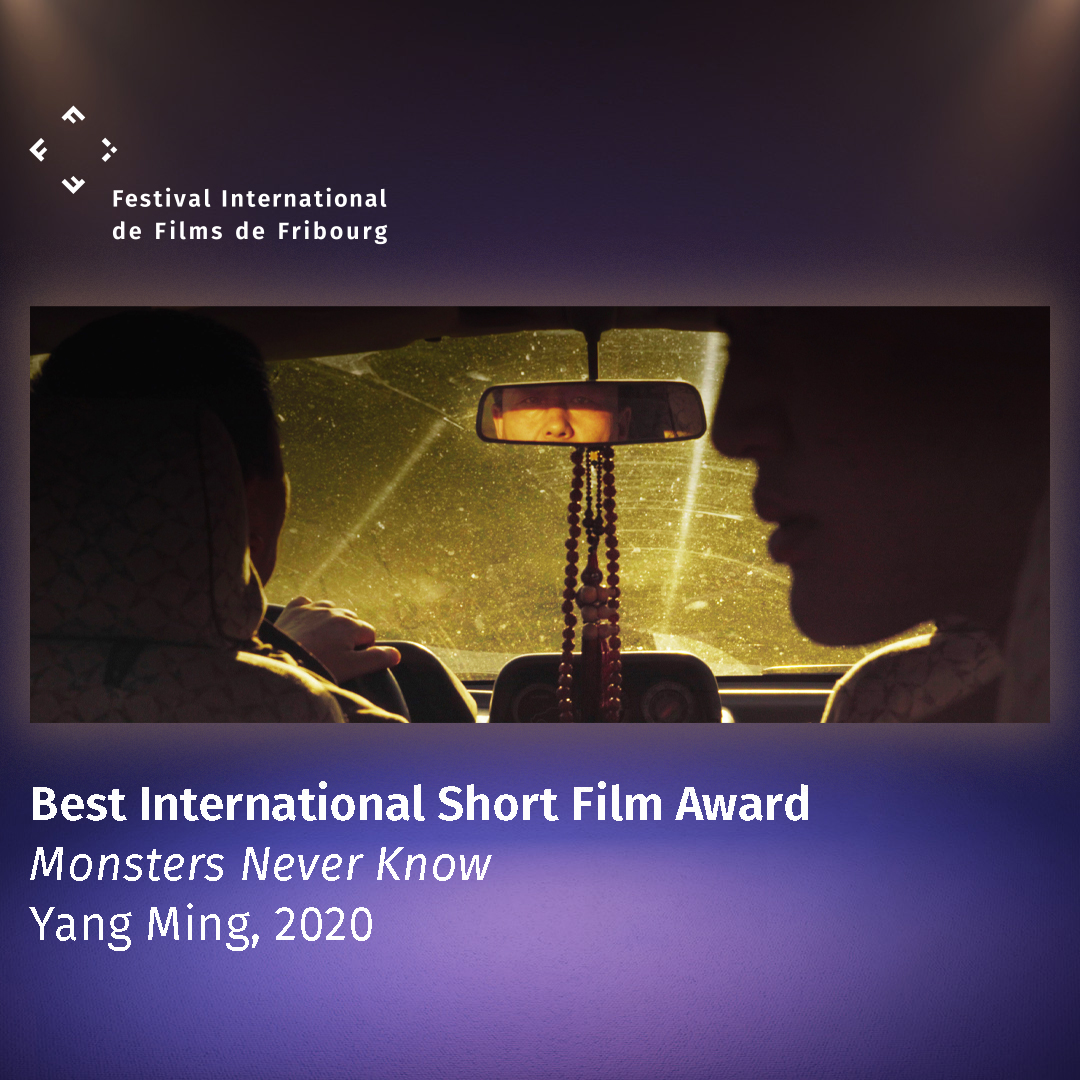 Nahid by Samad Alizadeh
World Premiere | Iran, 2020 | 14’ | Fiction
“Nahid is an intense and intimate look at an archaic society. Filmed in two continuous shots, it traces the efforts of the eponymous protagonist to shake up conventions and ensure that when a woman dies, her time on earth is not consigned to oblivion.” 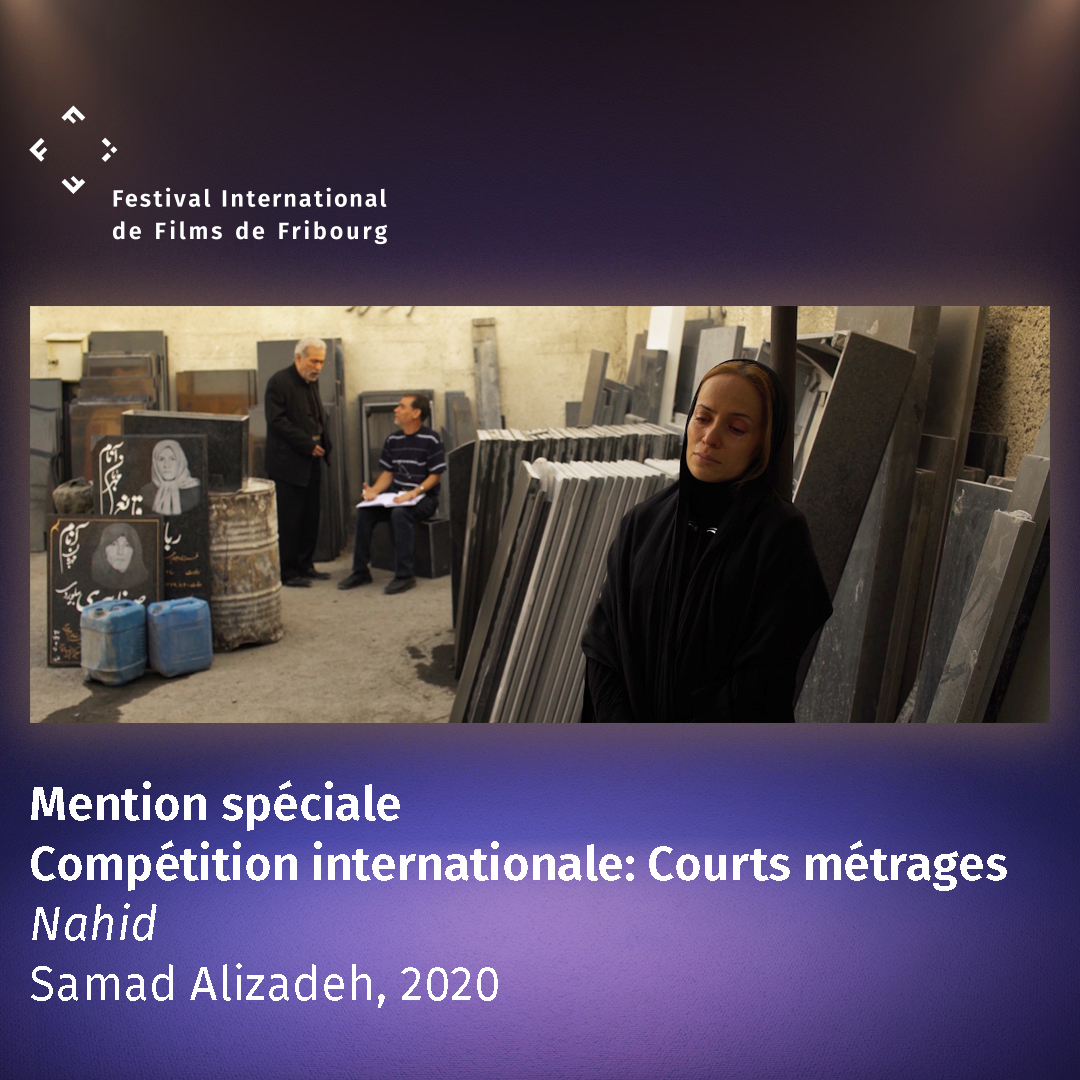 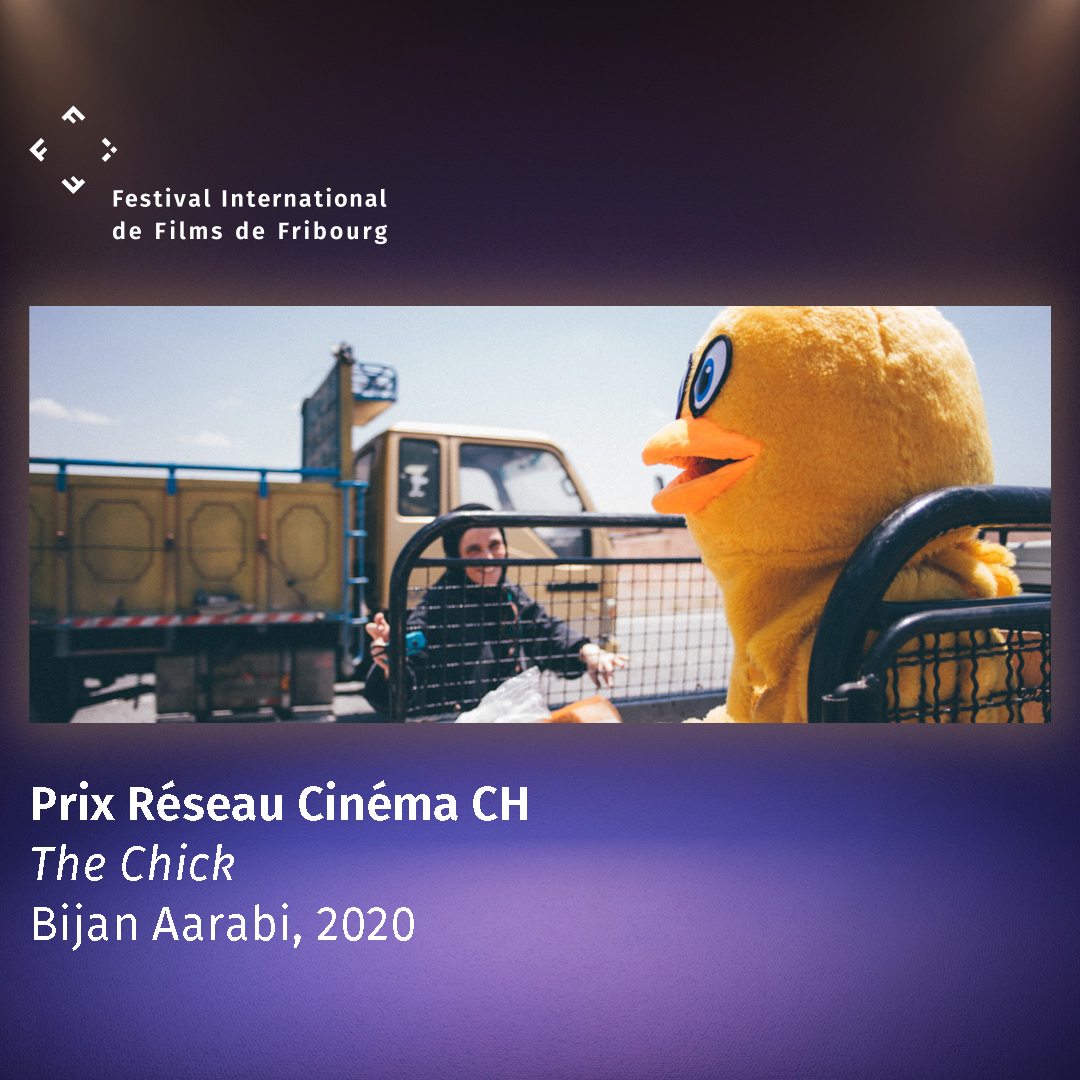 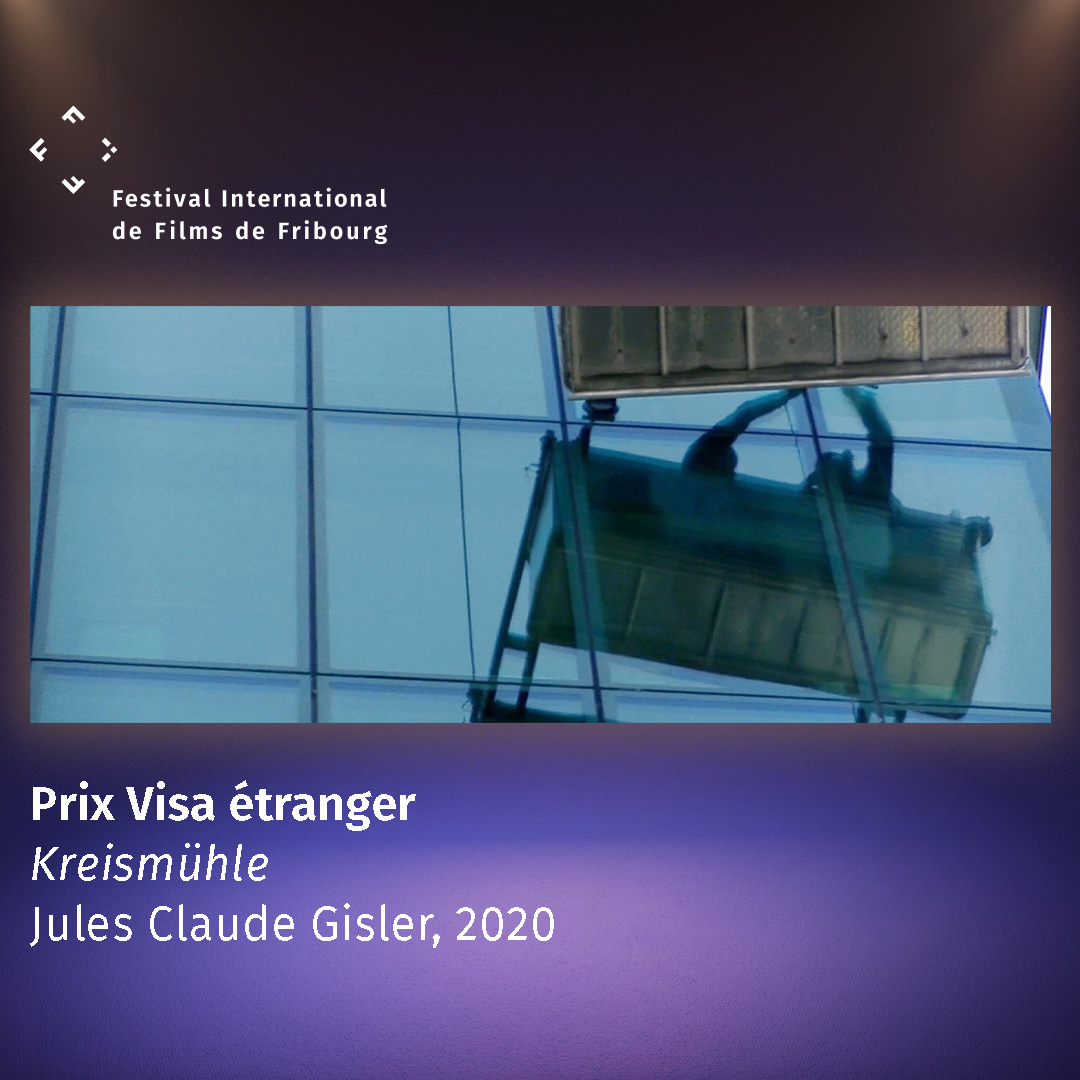 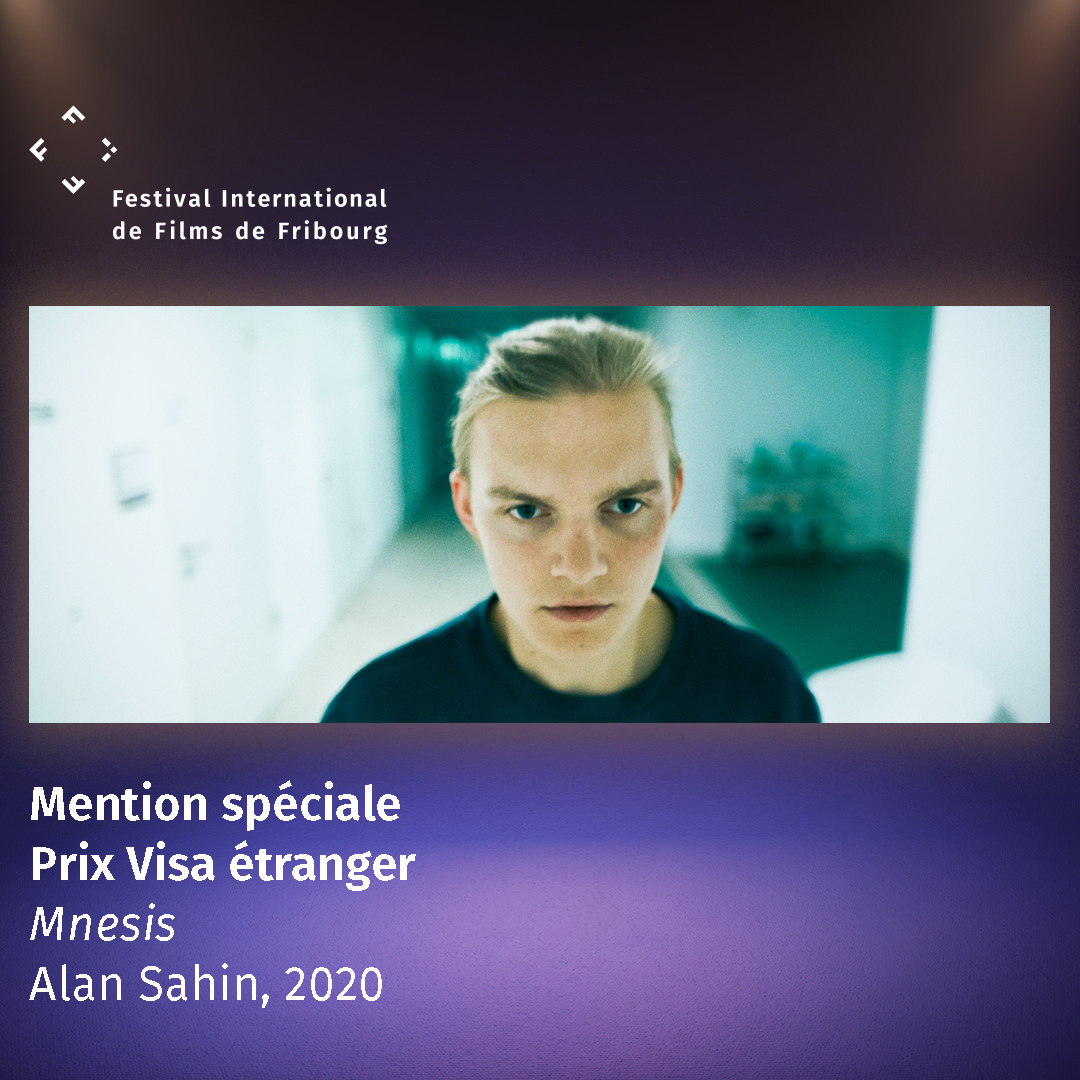 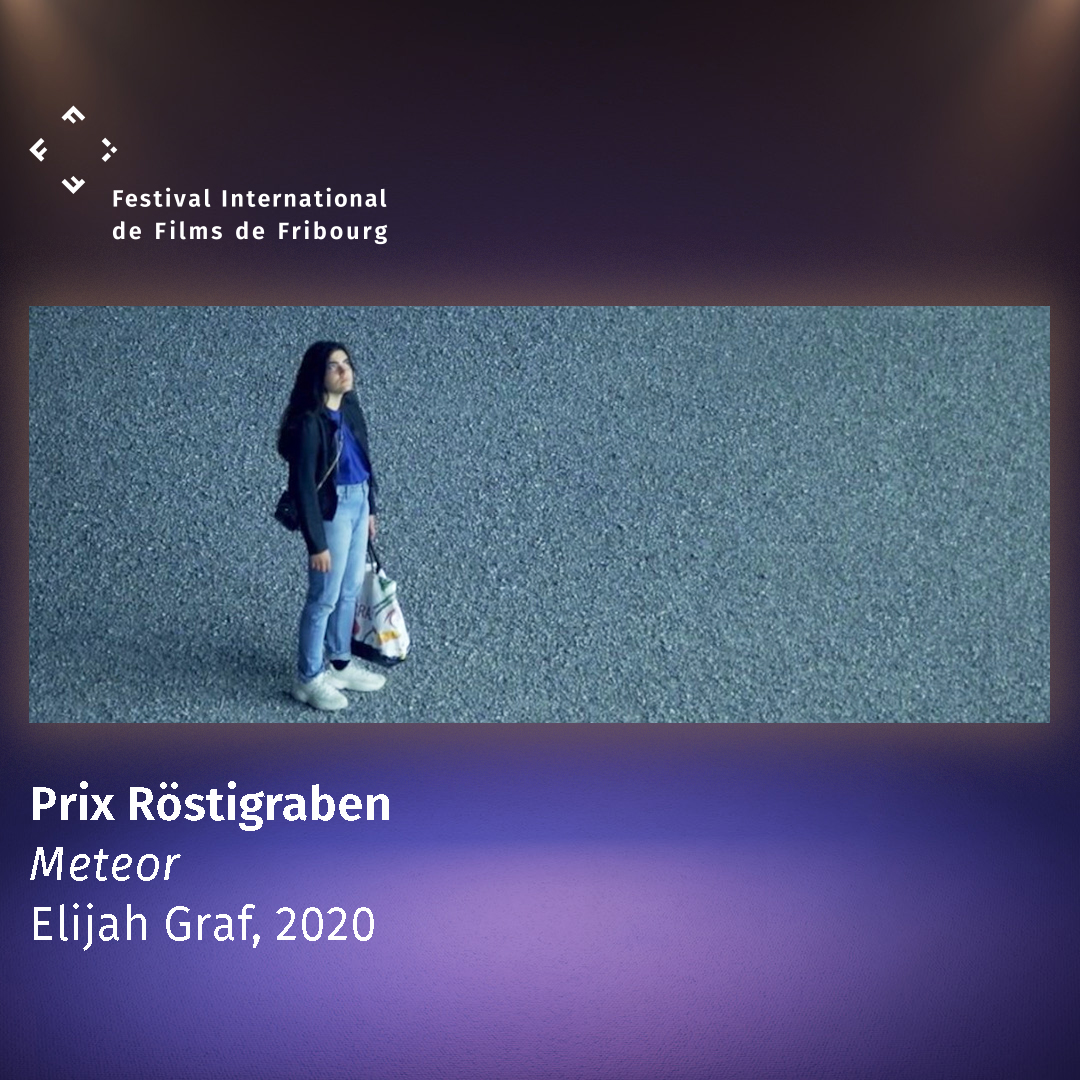