A fitting start to the 33rd edition of FIFF

This evening, President of the National Council, Marina Carobbio Guscetti, opened the 33rd edition of the Fribourg International Film Festival (FIFF). In her address, the first citizen of the country declared, “I am thrilled, and honoured, to finally attend a festival that I have heard so many good things about.” Among the packed audience were several other well-known figures, most notably Marco Solari, President of the Locarno Film Festival, Isabelle Chassot, the Director of the Federal Office of Culture, Gilles Marchand, Director General of the Swiss Broadcasting Company (SRG SSR), and pianist Thierry Lang. The opening night film, and European premiere, was How Long Will I Love U, a time-travelling romantic comedy by Chinese film maker Su Lun. From 15th and 23rd March, FIFF will screen 105 films from 58 countries, including the shorts and feature films in competition. Film makers from around the world are also expected to attend.

The President of the National Council Marina Carobbio Guscetti applauded the diversity and depth of FIFF’s programme, which “transforms Fribourg into an entirely different city for a week – more lively, more cosmopolitan, and even more attractive”. She also congratulated the festival on its embrace of multilingualism and promotion of minorities, "As the example of Fribourg bears out, Switzerland also provides a space in which different languages, cultures and religions can successfully co-exist. It is precisely this diversity that has made Switzerland the country that it is today. Society is more than the sum of its parts; we are all different, yet the same.”

Thierry Steiert, the city’s mayor, thanked the film makers, jury members and invited guests for giving us films that “have the power to change the world or, at least change our perception of it and rise to the challenges it brings.” FIFF is the reason why the city of Fribourg “is now well and truly on the movie capitals map.”

Pascal Crittin, Director of Radio Télévision Suisse, congratulated FIFF on the place it gives to Swiss productions, noting that “A country needs the vision of film makers. Feature films are a vehicle for the stories that we share, while documentaries help inform our view of the world, and its political, social and economic realities. Collectively, these constitute a common good.”

Mathieu Fleury, president of the FIFF Association, expressed his gratitude to the FIFF Board and the young, largely female, and bilingual team of professionals without whom the Festival would not be possible, noting that “the number of cinema goers who flock year after year to FIFF is actually higher than the city’s entire population. Our audience is ever-growing and increasingly diverse. I am also very proud of the fact that FIFF is the youngest of all Switzerland’s festivals, at least in terms of average audience age.”

In his speech introducing FIFF’s 33rd edition, Thierry Jobin, the festival’s Artistic Director, singled out the relatively small number of films on the programme: “Of all the major festivals in Switzerland, FIFF screens the fewest films. Although this might not seem like much, our programme is all the better for it. This situation forces us to focus on what is important, namely offering the public what it expects from the festival, which is also what sets it apart, namely an entry into uncharted cinematic territory. There is nothing calculated about our choice of films; the selection process is ruled not by our head but by our gut instinct, our heart. The types of film that interest us are devoid of dissimulation, duplicity and insincerity. As such, they hold a mirror up to our petty prejudices, hypocrisies and unspoken everyday racism.” 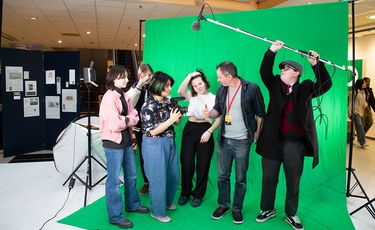