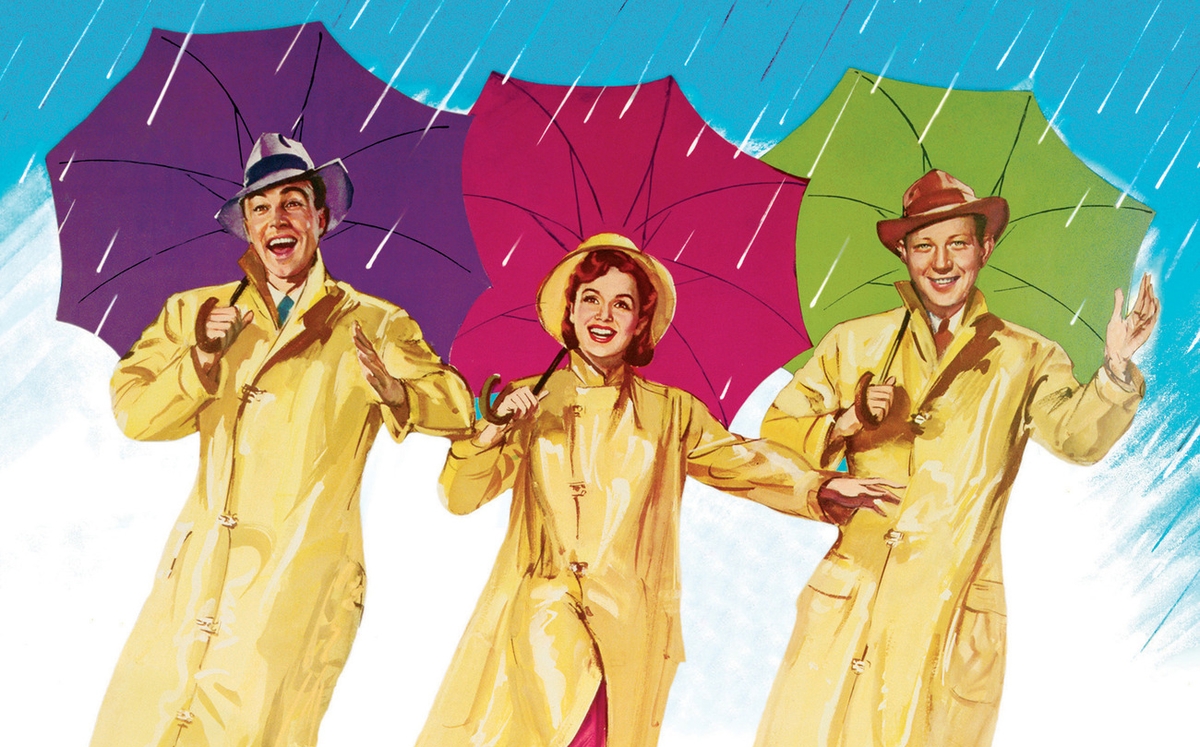 The 35th edition of the Fribourg International Film Festival is set to go where practically no other film festival has gone before – it had decided to turn over part of its programming to the public. The audience will choose their favourite five films from a list of fifty and those that receive the most votes will be screened as a subpart of the 2021 Genre Cinema: Music! section. This theme also served as inspiration for the Festival poster – a subtle nod to the glamour and excitement of Broadway. The Festival is also delighted to announce the addition of two illustrious members to its committee: Beki Probst and Géraldine Zeuner.

From 29 September to 18 October, the public will have the opportunity to vote for the five music-themed films they want to see in the FIFF’s brand new and pioneering Genre cinema: Audience Choice section. There will be 50 movies to choose from, including iconic Hollywood musicals like Singin' in the Rain starring Gene Kelly, Grease with Olivia Newton-John, Fame (1980) and, of course, The Wizard of Oz starring Judy Garland. The eclectic selection also includes musical masterpieces from Japan, Bollywood and the incomparable French director Jacques Demy, as well as hip hop, blues, the Beatles, Pink Floyd, Prince and Beyoncé, to name but a few. In addition, a handful of voters will be invited to introduce the films during the 35th edition of FIFF, which is set to take place from 19 and 28 March 2021.

“We see the new Genre Cinema: Audience Choice section as an extension of the Genre Cinema section. Since the launch of Genre Cinema in 2012, FIFF and the section’s curator Jean-Philippe Bernard have always sought to slip in a few classics into a programme which showcases some of the latest and relatively unknown cinematic gems that we have sourced from around the world. To date, the programme has reflected our own personal tastes and our choices have been instinctive rather than studied. We were very touched by the outpouring of support we received from the public following the cancellation of the Festival in March, and we very much wanted to say a big thank you to them. So, we decided to finally realise a long-held dream – involving our audience in the programming process. Very few film festivals have charted this territory before. There is no rule that says that festivals must be an ivory tower filled with elites who think they know best. We felt that it was only fitting to offer the audience the chance to have their say on these classic movies which have helped shape the history of cinema. FIFF is giving them public carte blanche. Let’s hope that they will seize the opportunity, with both hands!” Thierry Jobin, FIFF Artistic Director.

For the fifth time, FIFF called on the creative expertise of the Fribourg graphic design agency Asphalte Design to come up with a poster that casts the 35th anniversary edition and its musical theme in the starring role. Bathed in light, like a Broadway stage at curtain up, the image sets the tone for what is sure to be one of the most celebratory editions in the history of the Festival. After months of social distancing, FIFF 2021 will be a chance for the public to put on their dancing shoes and re-discover the joys of cinema with their fellow film aficionados. 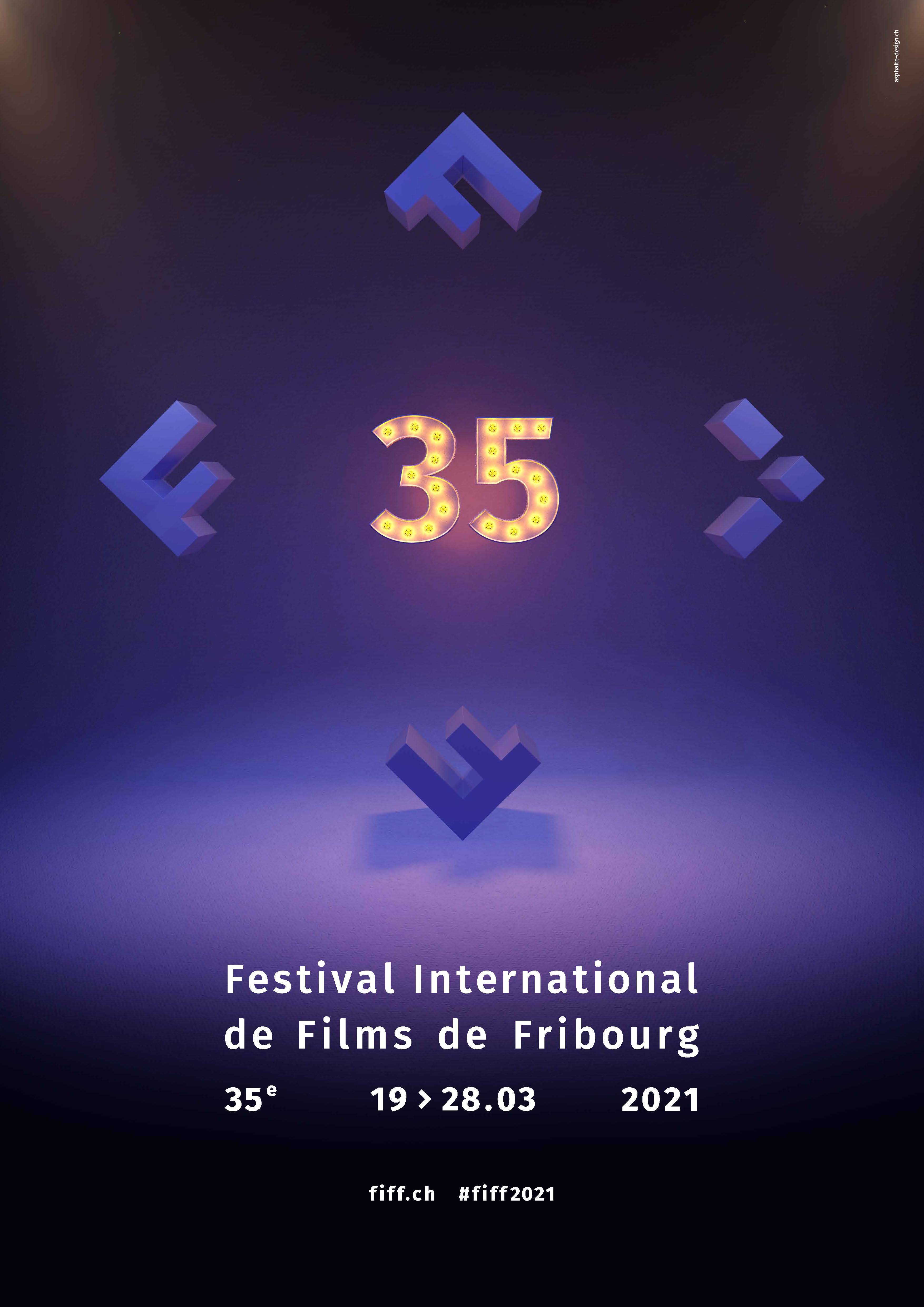 The poster of FIFF's 35th edition

FIFF welcomes two illustrious committee members
At the FIFF General Meeting on Monday 28 September, two new members were elected to the Committee – Beki Probst and Géraldine Zeuner, two leading figures renowned throughout the film industry both in Switzerland and around the world. Zeuner was until recently the head of Culture and Development at the Swiss Agency for Development and Cooperation (SDC), part of the Federal Department of Foreign Affairs as well as a FIFF sponsor. FIFF is delighted to welcome Géraldine on board and will undoubtedly benefit from her depth of expertise, insight and passion. As for Beki Probst, she needs little introduction. Rightfully considered a grande dame of the international film industry, Probst was previously the artistic director of the Stars de demain festival in Geneva (1988–1996) before founding the Berlinale European Film Market, one of three most important commercial hubs for the global film industry. For more than 20 years, she led the organisation with brio, first as director then later as president. Probst, who was born in Istanbul, also founded and ran the Quinnie arthouse cinemas in Bern, and from 1985 was a leading figure within the Locarno Film Festival; as well as creating the festival’s ‘Trade Show’ for film industry professionals, she served as a member of the selection committee until 1995. FIFF is honoured that both women have agreed to serve on the committee. Their professionalism and depth of knowledge of the film industry will surely enable the Festival to build on its reputation and scale even higher heights.