As of today, Fribourg International Film Festival (FIFF) is adopting a new look. Chosen following a competition among Fribourg's communication agencies, the Asphalte Design team has developed a new visual identity true to the spirit of the festival. Revealed today, the poster for 2017 evokes one of the event's key sections, Genre Cinema. During the 31st festival, which runs from 31 March to 8 April 2017, the public will be able to discover Ghost films from every continent. Poltergeists beware!

"As we do every year," explains artistic director Thierry Jobin, "we came to this choice empirically: by counting up the different genres represented in the current catalogues during the Marché du Film at the Cannes Film Festival. So, out of over 2,000 films finished or on the verge of completion, this genre appears to be the most popular in terms of global production. It seems like our era, everywhere, is preoccupied by the presence of the dead, whether they are visible or not on the screen...".

Genre Cinema: Ghost stories is the third section for 2017's event, whose content is revealed after New Territory: Nepal and Sur la carte de Douglas Kennedy. In particular, it is the section that governed the choice of the image that features on the poster for the 31st FIFF: a furtive veil, open to all interpretations, just like the whole new concept that the festival is adopting from now on.

New Visual Identity for the FIFF

Following the success of its 30th year, which confirmed the loyalty of a public more diverse than ever, FIFF decided to rework its entire visual identity. The Fribourg agency Asphalte Design, chosen following a competition, by management and the committee, has designed a project that resonates perfectly with the festival's identity and specially its programming. It involves a set of elements, images, colours and words that are layered to give meaning, fire the imagination, create a moving effect or bring a smile to the face.
The poster revealed today combines these elements: a logo representing a variation on a compass rose, reminding the openness to the world of the FIFF, an image and a solid colour area inspired by the Genre cinema section for the coming year's festival. The entire design is punctuated by hashtags, i.e. four words that express the festival's programme in a poetic or humorous way. In 2017, the public can thus expect to experience the following sensations:

These words will change depending on the format, whether it concerns the catalogue or spin-off products, and FIFF's team is delighted to be able to play with them. By the end of the year, as soon as the festival's website is transformed in its turn, FIFF will therefore have a brand new look. 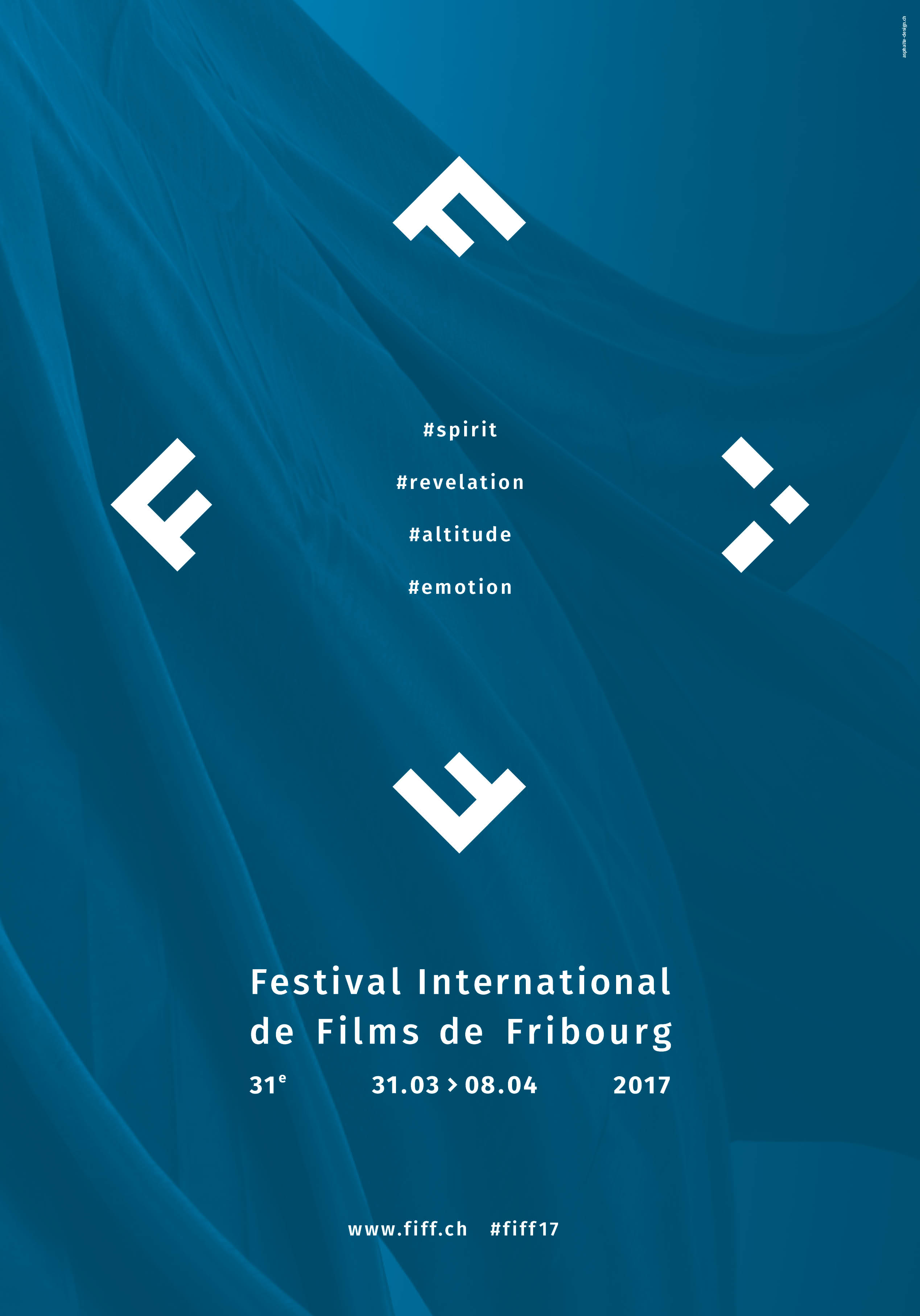