FIFF 2020 plans to turn the world on its head

The 34th Fribourg International Film Festival (FIFF) is proud to unveil its official poster. The explosion of golds, vibrant yellows and blazing reds may bring to mind the fires currently consuming the planet, but they are also a reflection the festival’s ardent defence of diversity and burning commitment to highlighting humanity’s fiercest struggles. It is these struggles which will be at the forefront of the Genre Cinema section in 2020. Having previously explored the cinematic worlds of westerns, erotic films and rom-coms, FIFF 2020 will give the audience a chance to delve into the remarkable film sub-genre of alternate history. These films take a real-life past event and deliberately change its course. In other words, they ‘re-write history’. The most recent examples in the genre are Quentin Tarantino’s Once upon a time in Hollywood (a world in which Sharon Tate did not die at the hands of Charles Manson’s disciples) and Danny Boyle’s Yesterday (a world without the Beatles and cigarettes).

“Put yourself in my shoes!” is a phrase that most of us have probably uttered at least once in our lives. It also perfectly sums up the theme of the Genre Cinema section of FIFF 2020. While the New Territory section is given over to Rwandan film-makers, Genre Cinema: Topsy-turvy worlds will plunge festival goers into situations that are as thrilling as they are troubling. What if the Nazis had won the war? What if the world was ruled by a matriarchy in which men were forced to wear the veil? What if the Africa was the wealthiest continent in the world and had to contend with a massive surge of European migrants? What if the American Civil War had been won by the slave-owning Confederates? What if racists were victims of the same routine humiliation and acts of violence they had perpetrated on those who look different from them? As FIFF artistic director, Thierry Jobin, explains, “Because there are no limits to artists’ imagination, film-makers from around the globe have taken these ‘what ifs” and transformed them into stories which subvert the prevailing world order. We are delighted that we can bring these works to our audience’s attention. Beyond their importance in terms of the questions and discussions that they are bound to engender, the 15 or so films we have selected will appeal to multiple audiences: some are better suited to our Midnight Screenings; others are decidedly family-friendly. This is good news because FIFF 2020 will launch a new addition to the programme, which has been on the public’s wish list for some time: a separate section aimed squarely at kids and their parents.”

FIFF is not in the business of smoke and mirrors. The mission of the festival is as bold as the explosion of colours on its official poster: use great films to challenge certainties and tear down clichés. Thanks to the creativity of local communication agency, Asphalte Design, the streets of Fribourg in spring 2020 will be bathed in the vivid yellow and orange hues of FIFF’s poster. Only once it has fulfilled its promises will this blazing sun finally set over Fribourg. 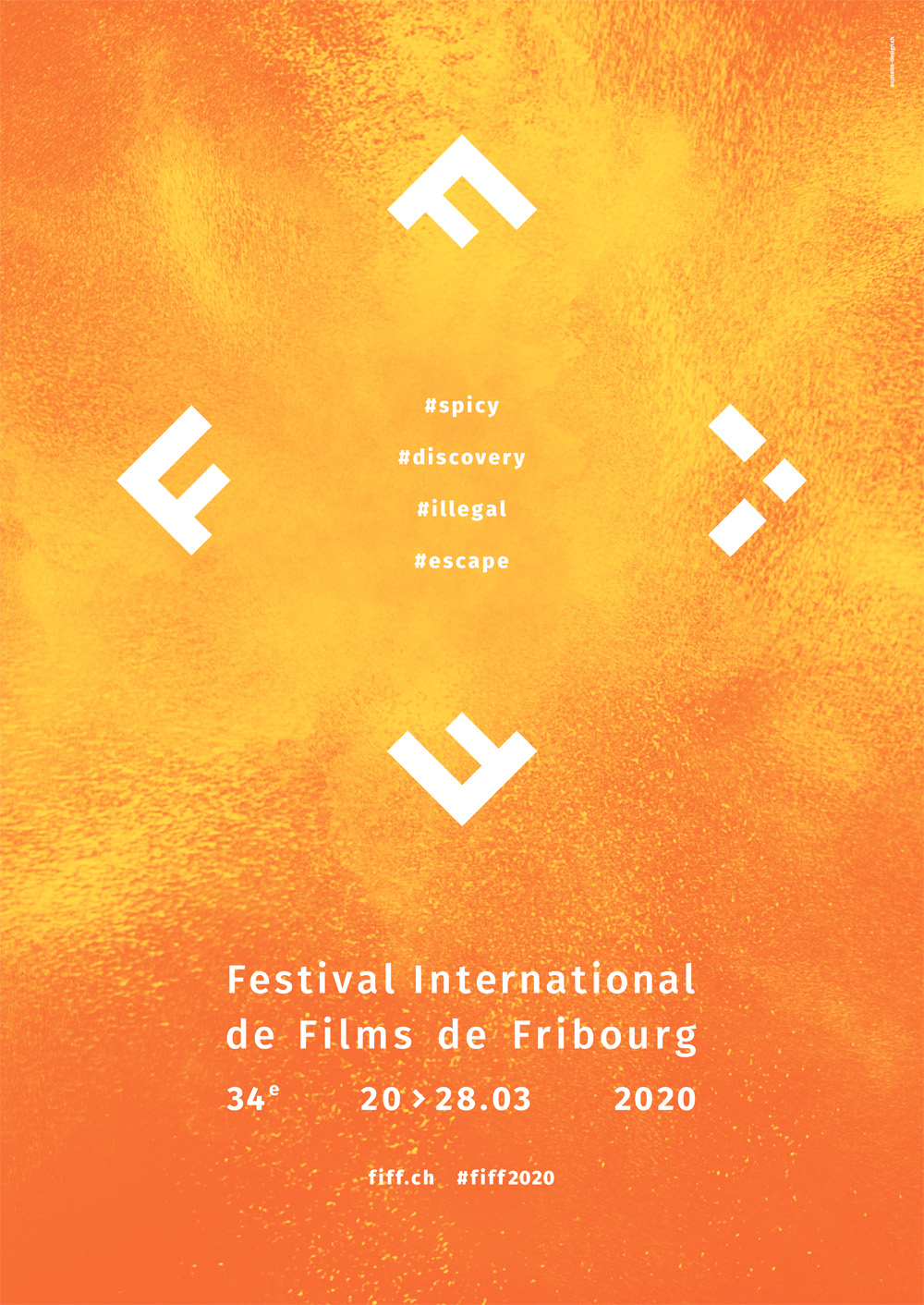 The festival also looks forward to being dazzled by other films from around the world. The call for entries in the International Competitions: Short and Feature films is open. FIFF welcomes all film genres: fiction, documentaries, filmed or animated. Its official selection will give priority to films from Africa, Asia, Latin America, the Middle East and non-EU Eastern European countries. The rules and application form can be found on the Festival’s website: fiff.ch/call-entries. The artistic committee can’t wait to receive submissions which are sure to fire up FIFF 2020 and its public.